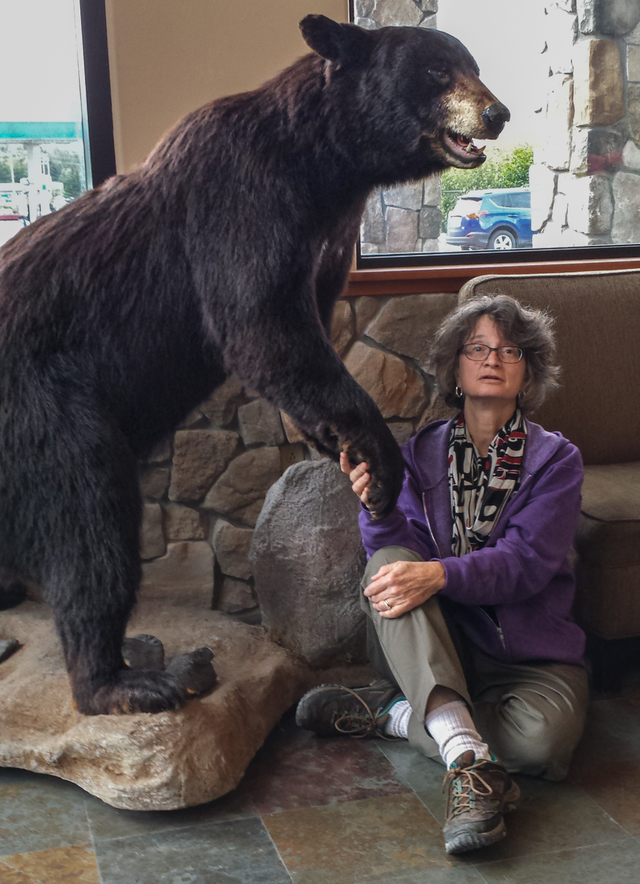 One of the problems writers run into on occasion is how to get a character from Point A to Point B. Say you have just completed an exciting scene where Vladimir and Estragon are having a conversation under a tree; now you want to get them into the front row at a beauty pageant, so they can make some comments on the contestants. How do you do it?

"Vladimir and Estragon stood up and walked down the street. They turned the corner, opened the door of the Ambassador Hotel, went inside, and took the elevator to the top floor ballroom, where they walked down the aisle to seats 7 and 9 in row A."

Well, of course not. The cool thing about fiction is, you don't have to get your characters anywhere. You can just snap your fingers, or double space, and suddenly, BING!

"Let's get this show on the road," said Vladimir, his mouth full of popcorn, as he and Estragon sat in the front row waiting for the bathing suit competition to begin.

I remember the day when I first realized that fiction is not necessarily an exact replication of real life. It was somewhere around forty years ago, when I decided to act out the story of one of my favorite Little Golden Books, MY TEDDY BEAR. The plot was simple--the main character, a little girl, spends the whole day with a stuffed bear.

Scene One. "Teddy and I have breakfast. Eat your cereal, Teddy!" Thirty seconds.

Scene Two. "I must put on my sweater to play outside. Teddy must put on his sweater, too!" Eighteen seconds.

Scene Three. "Teddy and I play in the sandbox." No sandbox--scratch that one.

Scene Three Take Two. "Time for lunch. Teddy and I share a sandwich. Eat your crusts, Teddy!" But since we had just had breakfast, my mother would let neither Teddy nor me have a sandwich. Scratch that one too.

To make a long boring story short and boring, by the time I got to the last page, where the book said "Look, Teddy, the birds are going home to their nests! The squirrels are going home to their tree! It's time for us to go home, too!" in real life it was only a quarter till nine in the morning, and my illusions about literature were shattered forever.

I have since learned a lot about fiction, including the fact that sometimes, the things you believe to be the truth are really made up by someone who is lying through her teeth; and the things that you always thought were mere literary devices turn out to be absolutely true.

For instance, one day I'm in a small town in Indiana, acting out MY TEDDY BEAR.

The next thing I know I've double-spaced, and I'm sitting in front of a computer on Cape Cod with a gin and tonic in front of me, writing about the illusions of verisimilitude, and the intervening decades have disappeared with barely a trace.

Is that stranger than fiction or what?