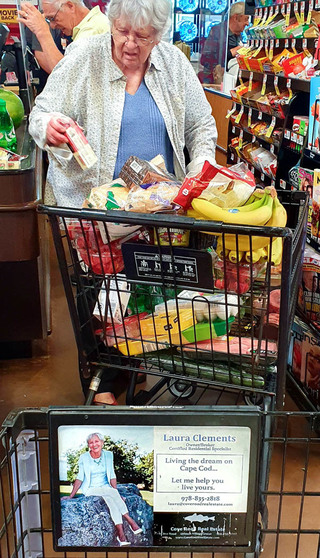 Living the Dream On Cape Cod

Starting to write an essay, or a poem, or a short story, is like going shopping with the whole world as your marketplace.

It's like the cereal aisle: a mile-long aisle six shelves high filled with brightly colored boxes, and you walk slowly along reading the similar-sounding names of the cereals. All bran, Multi bran, Multibran flakes, all bran grains. Deciding among 200 kinds of cereal is daunting and even anxiogenic.

Same deal when it comes to writing. Unless you have an assignment, or are writing for a living and have to produce a written item in order to buy breakfast cereal, choosing a topic and then sitting down to write about it is flummoxing.

Or the history of breakfast cereals. Or the fact that most breakfast cereal is a product of extrusion. Why brightly colored cardboard boxes decorated with little elves is more attractive to the human shopper than bright green broccoli. Or how the invention of cold dry breakfast cereal formed the American psyche and led us to become the nation we are today.

Then, topic more or less closed in on, the writer has to choose the form, or genre, in which she is going to write about breakfast cereal. Most common, for this particular topic, may be the essay. The opinion piece, the history, the expose, the memoir. What really goes into those extruded flakes. The memory of your mother slicing a banana into a bowl of corn flakes every morning for eighteen years, and how the texture of a raw banana now makes you gag.

A little less common, probably, is fiction: a mystery about someone who disappeared, leaving his bowl of cornflakes with sliced banana untouched. A short story told from the point of view of the spoon.

Some of the poems are pretty good, some are pretty dry, some are for children, some are syrupy, some you wonder why anyone would write them, let alone read them. Like cereal itself. Why would you buy it, let alone eat it?

Once I had typed this up, I hoped it would be unique, but it isn't. There are podcasts about everything, including breakfast cereal.

There is nothing new under the sun, even first thing in the morning.