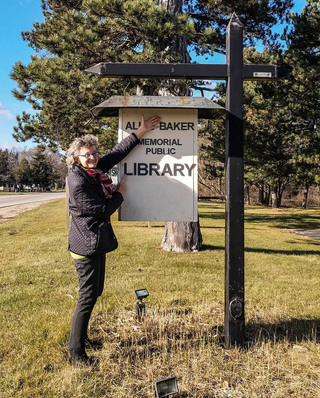 Once upon a time, when I was a Young Person, I had the opportunity to see Bruce Springsteen on one of his first tours. Through one connection or another it transpired that if I showed up at the perfume counter of Meier and Frank in downtown Portland at a certain time, a friend of a friend would meet me there and sell me tickets to a Springsteen concert that he was unable to go to.

I was never a very With It person, and I probably couldn't have told you quite who Springsteen was, though if he'd had any hits on a.m. radio by then I probably heard them. But I knew enough to know that these were special tickets, and I was tremendously lucky to score them.

Except, of course, that I didn't.

I was supposed to meet this stranger at, maybe, 4:00, when I got off work at the library; but the bus was late, and then it was stuck in traffic, and then it turned out that the perfume counter was in fact half a dozen counters, each with its own fragrant, belipsticked saleslady. Arriving late, I rushed from counter to counter, looking for a concert-going sort of person – who in those days would definitely not have been belipsticked, and whose fragrance would not have been obtained at any of the counters. But I saw no one who looked the least bit scruffy lurking among the cosmetics; no one was waiting to give a shy, frantic, bespectacled librarian her first big break into the world of rock culture.

And so my life did not veer off onto that particular alternate route. I have often wondered what might have happened if it had. If I had started spending money on concert tickets, and become a rock concert-goer. If I had become familiar with Bruce Springsteen, and followed his career. Or, on another branch of the road, what if I had fallen into conversation with one of the cosmetics ladies, and maybe tried some perfume, or gotten a makeover, and learned how to apply lipstick so that it didn't rub off on my teeth? And dyed my hair blonde, and used an expensive shampoo that made it smooth and shiny instead of lumpy and frizzled?

I would have worn contact lenses. And now I would have progressive lenses rather than trifocals.

So who would I be? Could I ever have become that person? Would I have liked it?

But he is constitutionally unable to imagine how things might be if they weren't the way they are. He doesn't want to imagine himself as another person, leading another life.

I like to think that that's because the thought of never having met ME, of living somewhere else with an entirely different woman, is terrifying to him. It would give him nightmares.

And what about me? What if I had a scruffy-looking Companion who was forever hanging around public places dreaming of going to rock concerts with young blonde librarians wearing lipstick and smelling of Evening in Paris?

I do not believe in Soul Mates, nor that some things were meant to be, nor that there's a reason for everything. But I'm plenty happy with My Companion, Chanel Number Five makes me sneeze, and when Born to Run comes on the car radio I turn up the volume and step on the gas.

It's not a bad life.