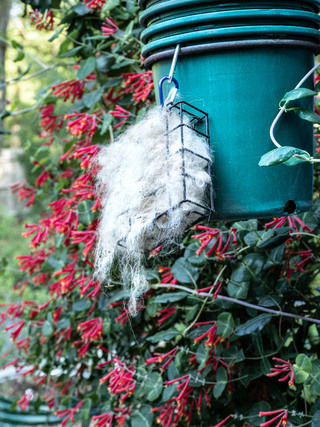 I have been alone for months, but I dare say I'm not alone in having accomplished almost none of the great plans and projects I had in mind on March 15, 2020. What is it about long empty stretches of available time that brings on not a burst of energy and enthusiasm but a prolonged spell of ennui? Why is it so much easier to stare into space for hours on end rather than read War and Peace in Russian?

Why, when I have uninterrupted stretches hours ahead for putting deathless prose on the screen, does the National Geographic Jigsaw Puzzle sing its siren song more alluringly every morning?

And why, after an excited spate of cooking copious amounts of kidney bean stew and red bean chili and black bean soup, is my freezer now full of frozen bean things while I have little appetite for anything but cheese on crackers, watermelon, and Reese cups?

Of course, time is not a thing that can really be empty; it doesn't contain things, or hold things, or fill itself up on ice cream. The world has been charging right along as I stood here in suspended animation; people died and got born and lost their jobs and – oh, more things happened than I ever dreamed of in my philosophy. Perhaps I was simply practicing Being Here Now.

Actually, I was aware of some things going on. Chickadees nested in three of the birdhouses I have in my yard; carpenter bees took over the fourth one. Robins, rabbits, chipmunks and slugs reproduced; and even as I write, Tufted Titmice and American goldfinches are gathering animal hair from the box on my deck for their second families of the season. I like to picture the cunning little titmice all snug in a nest of pure white cat fur.

I'm up to my ears in lettuce, which is growing in what used to be a charcoal grill; the goatsbeard is flowering, the children in the second home on the other side of the fence are making a ruckus, and yesterday in Caribou, Maine, it was 96 degrees.

It was only 83 in Orleans when I ventured onto the athletic field for the annual town meeting, held on a weekend day under a blazing sun. We made up a masked and separated quorum, and voted on things having to do with, among other things, clean water and open space. Voters had an opportunity to spend several thousands of dollars on a couple of acres of land on a saltwater pond. A couple of people said there were other, more important things to spend money on during a pandemic, and one person said we were crazy to give up the property tax that another million dollar second home would bring into the town's coffers.

No one spoke up for current residents of the undeveloped land, but they're the reason I stood up and waved my little pink ticket and voted YES on behalf of the thousands of feathered, furry, scaly, slimy, fungal creatures for whom that small acreage is not a second but their primary and only home.