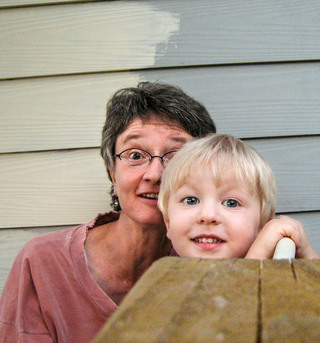 I saw in the New York Times that a candidate
for mayor of New York advocates
bringing TikTok Hype Houses to New York City.
I was stunned. I had to hurry over to Wikipedia
to find out what language he was speaking.
Just as I'd hoped, it was all irrelevant
to life as I know it. Thank god
I don't live in New York.
Or in Washington, where unmasked men
wipe their feces on the walls of government buildings.
Or in Los Angeles, where Page Five of the Times
had a photo of rows of tents at the edge
of a pond in an office park.
People with no other place to live
live there. Competing, perhaps,
with the resident Canada geese for koi
and frogs' legs. This week the elders among them
can get free vaccinations in Disneyland

Here in Fantasyland I take another sip of coffee.
Yesterday Kevin, who works at the bank,
told me he'd be gone for the upcoming holiday weekend.
A fun vacation, I hope, I said.
Well, no, Kevin said, actually it's my grandma,
rather, she was my grandpa's companion
for many years, we called her Grandma, she passed away.
She was ninety-three. We all loved her.
I said I was very sorry to hear it.
But in fact he had poked a bright little hole
in the dark drapes of my outlook.
I have a step-grandson, I said.
I hope he'll still love me when I'm ninety-three.
He will, Kevin said. I think he will.